"Working with Don is such a pleasure.
As an artist in the music industry I continuously love to challenge my vocal abilities and ranges.
I saw an instant change once I began my lessons.
My range and skills have grown and I’ve been able to put to use his techniques into play during my performances and studio recording sessions.
Don holds a diverse range of musical style when it comes to teaching.
From pop, r&b, soul, rock, you name it! Every singer possesses unique vocal ranges and tones, during my lessons Don was able to direct my vocals in the direction best suited to my abilities & natural singing voice without straining.
Working with Don has been very productive towards my goals as a singer.
He’s definitely a great vocal coach to work with and would recommend him to singers whether beginner or advanced. " 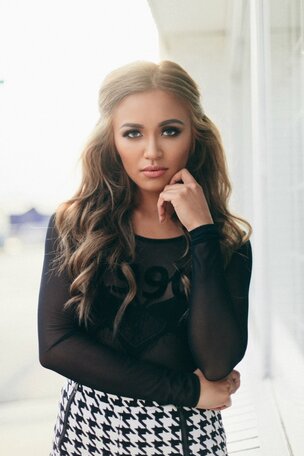 Don Wolf is a great coach and amazing vocalist to learn from as he can push you to reach your goals in singing. His coaching has made my voice stronger and I have more control than ever. I continue to see him for vocal training because I believe he's one of the best. 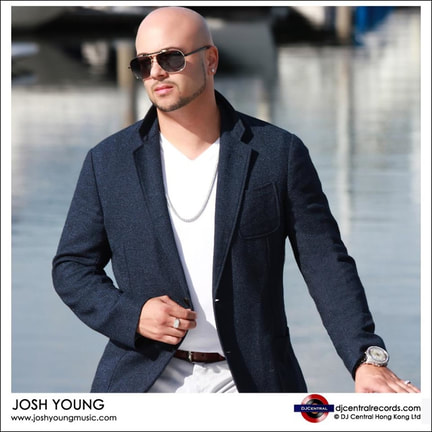 I can honestly say that Don is a vocal coach that knows exactly what he's doing.

Is there a song you want to sing that requires you to use your chest voice more than the falsetto?

Or the other way around?

He's the guy who can effortlessly teach you a warm up to help you perform better!!

Trust me...that helps me when I get in the studio!

He's so familiar with his vocal instrument that he knows how to get it out of his students.

Not only is he an amazing singer and teacher, but his energy makes it so easy to work with him.

His passion and positivity makes vocal coaching with him so much more fun!
​

"Equipped with a masterful sense of music and voice, Don is the perfect ally for emerging artists and young beginners alike. With years of experience and talent to match, he brings an infectious enthusiasm to all his lessons. He's the real deal." 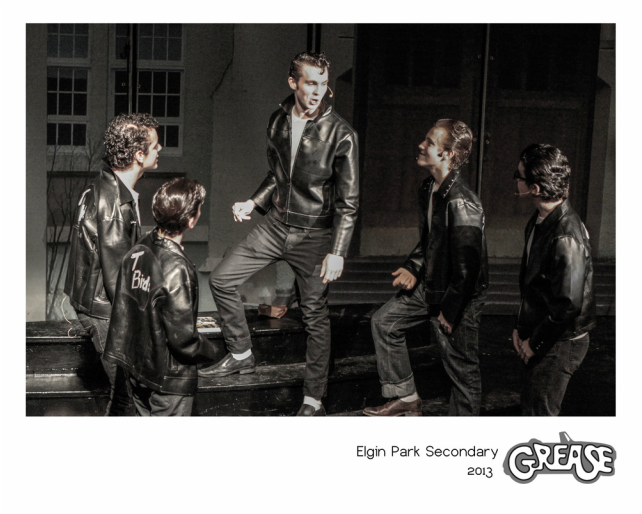 "Recently Don taught a vocal workshop at our studio, The Drama Class. The kids learned so much from Don.

His style of teaching is fun and relaxed. The students walked out of his workshop with so much knowledge about their voices.


We're so excited to have Don as one of the teachers for our upcoming Musical Theatre program this Spring." - Michele Partridge, owner/lead instructor of The Drama Class, White Rock

My vocal range and delivery have improved a lot since working with Don.

Don hears things in songs others don’t, which not only helps me grow as a singer but as a songwriter as well.

He has shared his years of experience as a solo performer, and as part of a band, to encourage my best performance in both of these roles.

In addition to being a great vocal coach, as a producer, Don has helped me shape and record my original material.

I consider Don a good friend and mentor.

We are so very happy with the results and progress made by our son Richard under the guidance of Don Wolf.

Richard has been with Don for voice lessons for 3 years.

Don is teaching Richard how to use his voice effectively and how to entertain.

Richard has won 3rd place in the BC Talent Search 2012 and just recently, in the summer of 2014, he was picked from over 4000 auditions across Canada, making Top 12 in YTV's  "Next Star" Talent Search.

We thank Don for knowing just how to perform for the judges and how to entertain an audience.

His guidance has been instrumental in Richard’s success to date.

My folk/metal band Scythia hired Don to help us in the vocal recording process for our album "Of Exile" in 2011.

He guided us through various techniques that brought out the absolute best in our singing abilities.
He showed us professional "tricks" that made our vocals sound even more epic then we intended them to be!

His approach to coaching is very clear and direct with no sugar coating, and he displays a tremendous amount of patience, understanding, positivity and delivers excellent guidance.


Hiring Don for his coaching was the best decision we made regarding our vocals for our album, and we have recommended him to many of our musician friends. 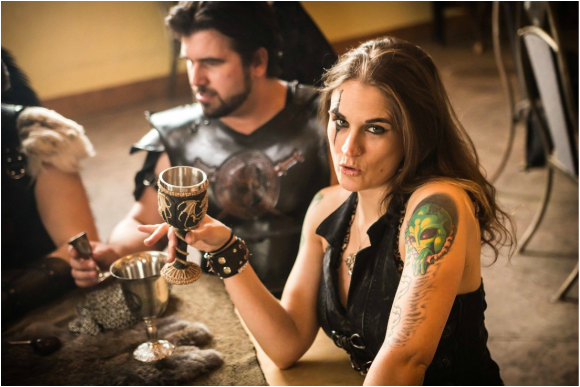 "Don Wolf delivers high-energy, effective vocal coaching. In a few short months, Don gave me the keys to developing a strong voice and the enthusiasm to perform with confidence."

My vocals were incredible at the gig.

I felt like I had so much more control and hitting high notes was not a problem.

A lot of the ideas that we discussed started to sink in as I investigated more deeply afterwards.


Thanks for the lesson last time! It really re-ignited my vocal fire :) "

"I'm finally starting to see glimpses of where I can go by strengthening my voice.

We met Don through the RSA Academy in Vancouver BC.

He is now giving private vocal training once a week to our grandson Eric Gibson.

He has been seeing Don privately since October 2011.
In that time, Eric’s voice has improved exponentially. He has learned to control, breath and using Don’s warm up techniques which has helped him to sing and not shout.

Don has been helping him with the songs for Eric’s school musical, which shows his music teacher that Eric is really a not bad of a singer and due to Don’s work with Eric, he is a front runner for next year’s school musical.

Don is an awesome vocal coach, he is kind, helpful, encouraging and makes the lessons fun for the students. Eric loves working with him.

Don, we love you too and think the world of you as well.

Eric was born May 4, 2000 who is living with his grandparents, To improve his self esteem, he went to RSA Academy. In the first session he did the six week acting course where as a bonus was picked up by an Agent (Webster Talent)

The second six week session was the singing. This is where he got to meet Don Wolf. He has been taking vocal lessons from Don since last fall.

He loves to read, and write and tell stories. He plays volleyball, basketball , is planning on taking swimming lessons this summer.

He has appeared in episodes of Fringe, Supernatural, Psych, PNE playland commercial, and just completed a movie called The Christmas Consultant.

As a producer and writer I have worked with Don Wolf
for over 14 years.

Having worked on over 50 shows together, I can say
that Don has been able to perform under all
circumstances and has had the audiences walk away
excited and thrilled to have attended our shows,
giving us Standing Ovations time after time.

The man with the "Vocal Chords of Steel" can certainly
help anyone who needs to develop their voice to
project and sustain itself regardless of the
challenges upon it.

I would highly recommend these Cd's to anyone desiring
to improve their performances. 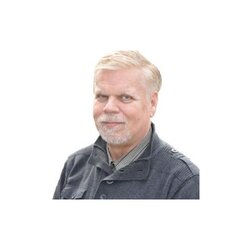 Taken From email sent to Don:
I'm the lead singer from Mindefect.
We played at the Live Indie Rock Wars in which you were one of the judges.

I just wanted to shoot you an email and let you know how much the warm up cds you gave me are helping.
To tell you the truth I've always scoffed at the warm up.
I like raw vocals and raw music and don't like things that seemed trained or schooled.

I want my music to be from the heart not the head.
So, I never did any warmups or anything for the last 10yrs.
My voice in the last year has not only grown and matured more than ever but I've also had the most trouble with it.
Well to make a long story short I decided to give your cd a try one night and it has worked wonders!

My stamina has increased!

I've been able to sing several nights in a row without going horse!
My singing is much better right out of the gate instead of halfway through the set!
I just wanted to let you know that you've helped me and that I appreciate it.
Even though I feel like a retard while I'm doing it...lol... I perform much better now.

Don’s singing method & CD’s have been extremely helpful to me, as I sing on a daily basis performing many shows a year.

As an artist expectations for the singer are very high.

Don’s guidance helped me to reach those expectations and of course reach all the high notes ……ah yes….. 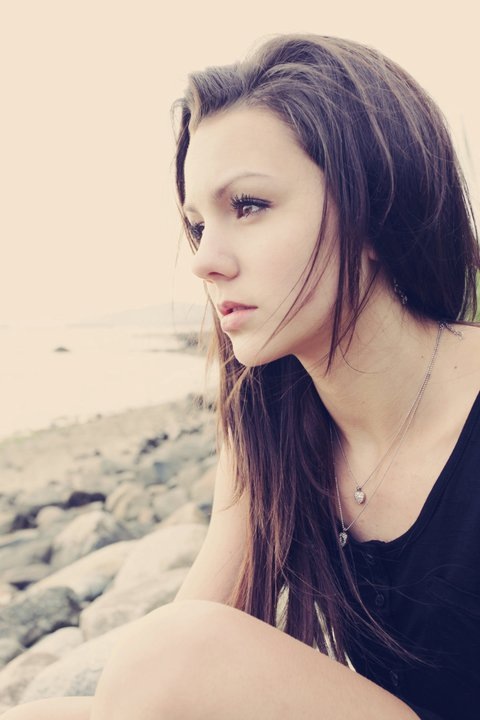 80four Entertainment is thrilled by what Don has done for us.

Finding a great vocal coach is hard, especially one that has significant stage experience and one that has the ability to truly transform the artist.

Don works with our clients, including Tallyn; and, she would not be where she is in her development if not for Don.

He provides us with a complete package; so we don’t have to worry about a single thing.

Don is incredibly prompt, professional, responsive to our needs, shows great attention to detail, delivers above and beyond the expectations, and is always willing to help.

We are ecstatic that we have Don behind our artists. If your looking for a vocal coach, then you just found him!

This is Beau from Theory of Flight.

I have been using the vocal warm-up cd's from Don Wolf now for 3 months.

The whole band will use them about 30 minutes before the show, and again right before.
They have literally changed the way the whole band sings together and really taken us to the next level.

If you combine the throat spray in this dry Las Vegas climate with proper warm-ups there is nothing stopping you from having the greatest vocal performance of you career.

Thanks Don Wolf for the help.